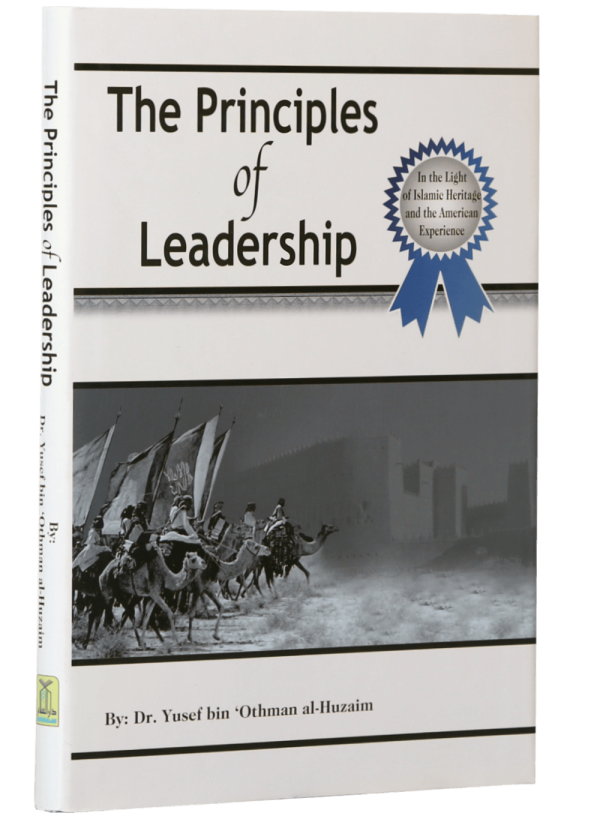 The Principles of Leadership

Dr. Yusef bin Huzaim is an administrator and economist, Born in 1964 CE, he obtained his Bachelor’s degree in Political Science in 1987 CE, earned a postgraduate diploma in 1992 CE, his Master’s degree in Banking and Finance in 1997 CE and his doctorate in Economics Philosophy in 2004 CE.
Dr. Huzaym has held a number of high-level administrative posts in the private sector, the most important of which was Director of the Marketing Department, the director of the Training Department in Al Rajhi Banking and Investment Corporation, He has also worked as Vice President, the Regional Director, for the Faisal Islamic Bank, Bahrain, finally, he worked as General Secretary for the Princess al-‘Unood Charitable Institute and head of al-‘Unood Investment Co. He is also a member of the Executive Committee of energy Co. (a joint-stock company).
Dr. Huzaym has worked as a consultant in a number of specialized fields, such as strategic planning, marketing, sales, and real estate investment management, He also played role in establishing a number of charitable organization and restructuring of major companies in the private and public sectors.
Dr. Huzaym is Professor Emeritus of Saudi Economics at Yamamah College; Professor of Banking at the Imam Muhammad Ibn Sa’ood Islamic University, a professional trainer in leadership, Islamic banking, sales, and customer service excellence; he is also a licensed agent of the American DEI company.
Dr. Huzaym has written ten books, the most important of which are:

Be the first to review “The Principles of Leadership” Cancel reply