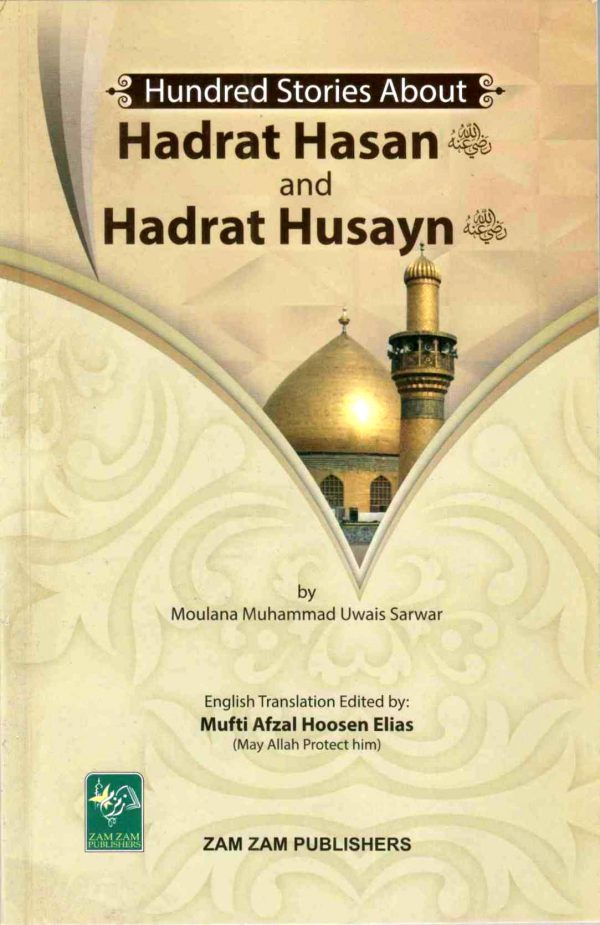 Hadhrat Hasan went once through an orchard when he noticed an Abyssinian slave boy sitting and eating a piece of Bread. Beside him was a dog sharing the bread with him.

Also expounded is their respect and love that they had for all other Sahabah.
Hadhrat Husayn ﷺ was born on the 5th of Sha’baan 4 A.H, in Madinah Munawwarah. He was then wrapped in a white sheet and taken to Rasulullaah ﷺ, Who named hum Hasan, called out the Adhaan in his right ear, the Iqaamah in his left ear and then chewed on something and applied it to the baby’s palate, thereby mixing his blessed saliva with that of Hadhrat Husayn.

Hadhrat Jabir says that he once went to Rasulullaah ﷺ as he was on all fours with Hadhrat Hasan and Hadhrat Husayn on his back.