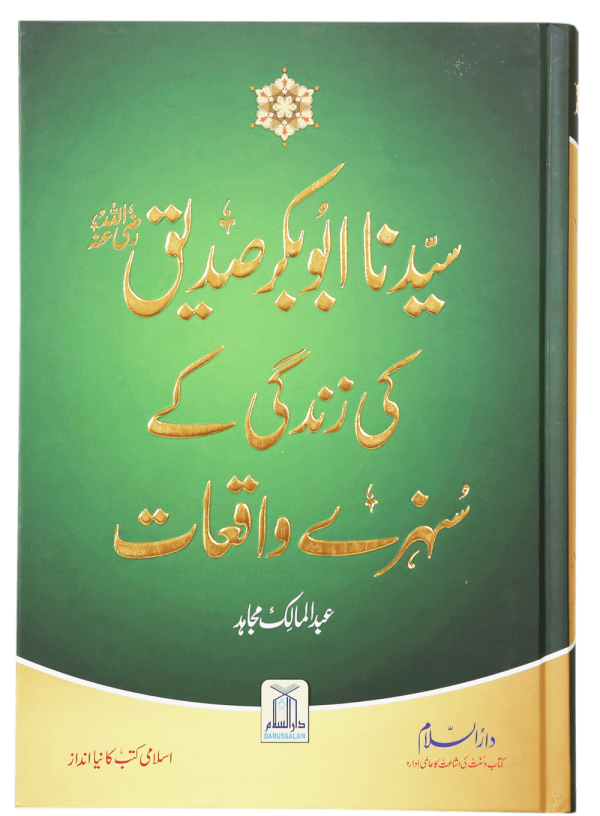 Abu Bakr Siddiq (may Allah be pleased with him) is superior to all the Companions (may Allah bless him and grant him peace) and his whole life was devoted to the glory of Islam. He converted to Islam with the loss of Islamic rays and he was the first among the men to have the privilege of accepting Islam. It was well known that the best elder of the ummah was Hazrat Abu Bakr (RA) and the Prophet (PBUH) himself acknowledged his Islamic services.

The biography of such a great personality is a source of growth and guidance for the people. It is the right of every Muslim to get acquainted with his biography and character and try to perform similar services. For further introduction, Maulana Abdul Malik Mujahid, Director Dar es Salaam, has proved his sincere love and sincere commitment to the Companions by contributing his share. It is very informative and increases faith.