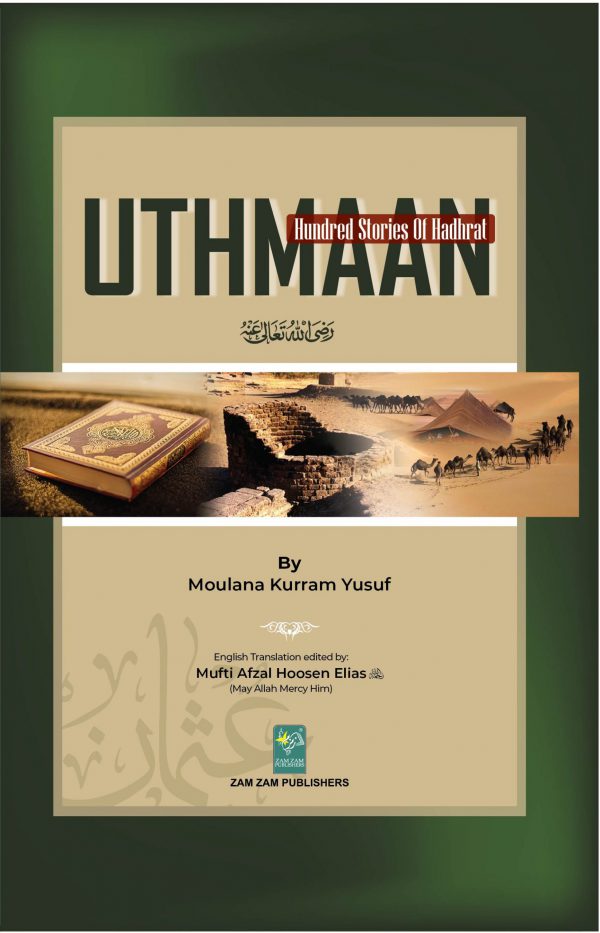 Many doubts which the ignorant one and the wilful objectors against the nobility of Hadhrat Uthmaan have been demolished and eradicated by this wonderful work.

May Allah Jalla Majdahu grant us the ability to honor and defend the position, status, and dignity of Hadhrat Uthmaan.

This is a translation whilst the original was in Arabic by Moulana Kuraam Yusuf Ably, translated into Urdu by Moulana Khalid Mahmood has subsequently penned:-

There also we will soon translate into English, Insha Allaah.

The status and virtues of Hadhrat Uthman are evidently clear.

The house of Amr bin Hazam was adjacent to the house of Hadhrat Uthmaan and one of its windows opened into Hadhrat Uthman’s house. While some skirmishes were taking place between the two groups.

I have also a precedent and leader who has passed before me and paved the way for me. He was Umar bin Khattab who also extended and rebuilt the Masjid. In addition to this, I have consulted with the senior Sahabah of Rasulullah ﷺ, who are unanimous that the Masjid be demolished, rebuilt and extended.”

2 reviews for 100 Stories Of Hadhrat Uthman