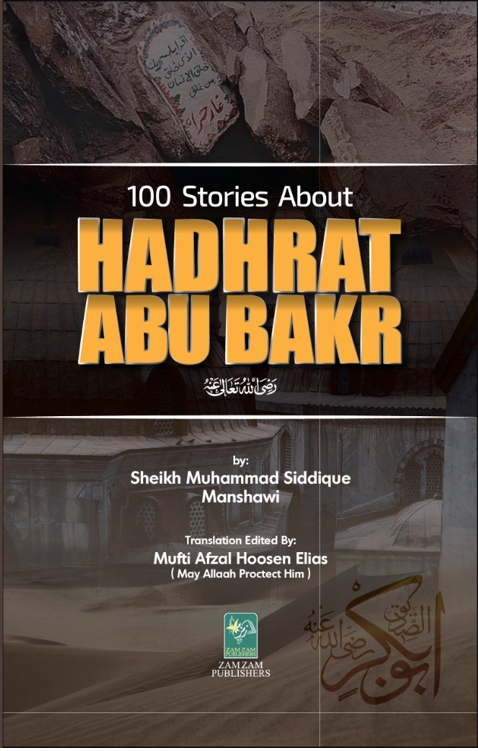 This book discussing 100 stories from the life of Hadhrat Abu Bakr was originally compiled in Arabic by Sheik Muhammad Siddiq Minshawi. The book included a hundred interesting incidents in the life of Hadhrat Abu Bakr, which offer guidance for numerous aspects of daily life. The unique feature of the stories of the pious predecessors is that it not only increases the level of one’s Imaan but also creates humility and renews the spirit to engage in so many good deeds such as giving Sadaqah, abstinence, Ibaadah, self-reformation and so much more.

The Arabs referred their disputes to him and accepted all the judgments he passed. He, therefore, enjoyed much acclaim and respect and occupied a high position in society. He was an experienced and astute businessman and also an expert in the interpretation of dreams. His untrained reputation and honor together with his unquestionable intelligence and all his handsome appearance and fair. His build was lean, his eyes deep and his face and beard thin.