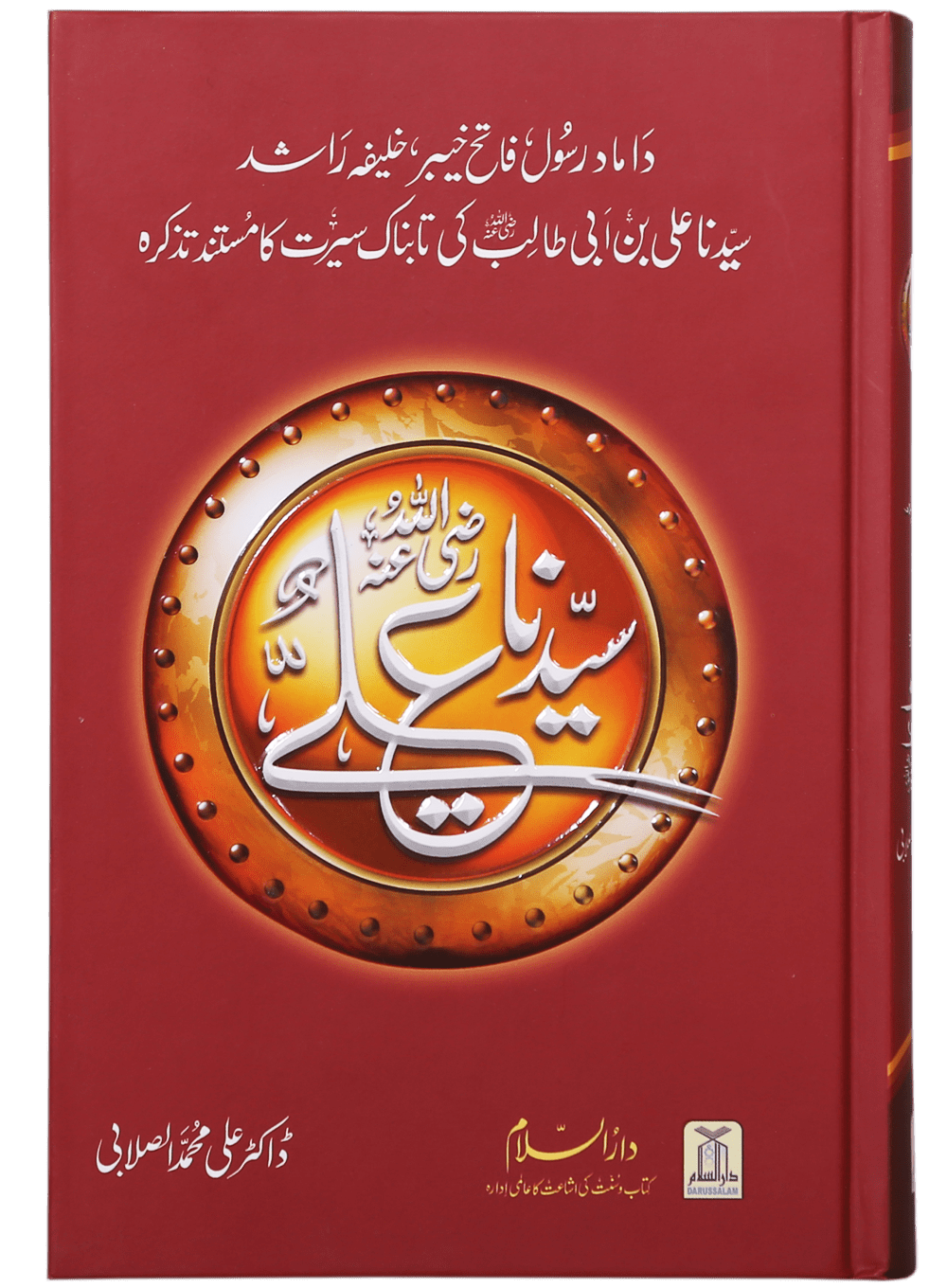 This book relates the life of the Leader of the Believers, `Ali, may Allah be pleased with him, from birth until his martyrdom. The book relates also with detail how he came to Islam and his most important actions in Makkah, his migration to Madinah, his life in Madinah, his campaigns and battles alongside the Messenger of Allah, his life during the era of Rightly Guided Caliphs and his swearing of allegiance and his period of Caliphate. It also discusses the internal problems that `Ali faced during his reign. It goes on to mention the events that led to the Battle of the Camel, and how all the parties involved are free from any fault. Afterwards, the events of the Battle of Siffeen are mentioned, along with the relationship between `Ali and Mu`aawiyah. The book sheds light on the fallacies that are held by some deviant groups about these events and their distortion of historical truths.