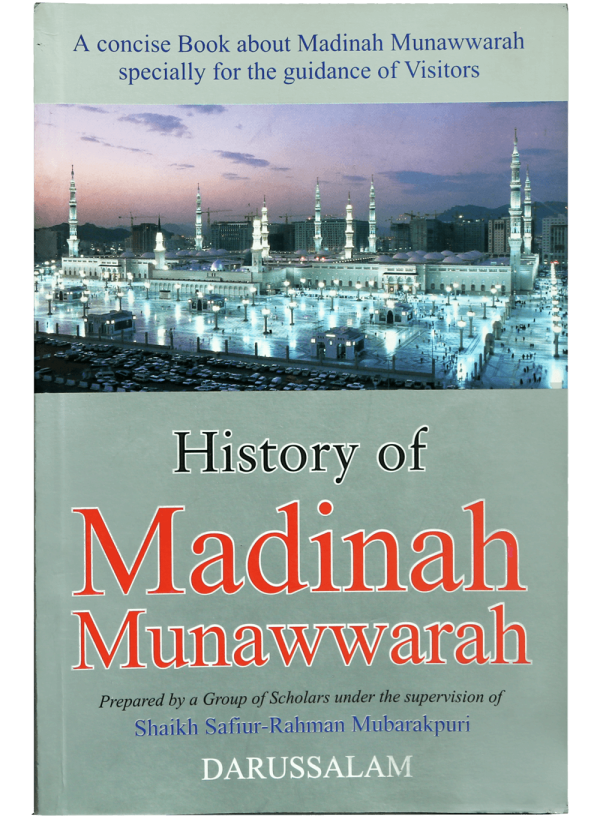 In this book, mention has been made about the different aspects of Al-Madinah, and the most important historical events are recorded that have a direct effect on the establishment and sacredness of Al-Madinah as well as its religious weight. This book has highlighted the sites that are highly important whenever Al-Madinah is mentioned like the Prophet’s Mosque, Quba Mosque, and others. A great part of the book is designated to speak about the Prophet’s Mosque updating the expansions and the improvements that have taken place from the time of Muhammad (Sallallaahu Alayhi Wa Sallam) till the Saudi era. It contains more than fifty, pictures taken from original documented resources. The pictures vary from old to new dealing with many aspects.

The book is a genuine addition to the Islamic library in, its subject both for the researcher and the regular reader. This book sought scientific trustworthiness, by presenting only the correct Ahadith and authentic reports.

Be the first to review “History Of Madinah Munawwarah” Cancel reply